My name is Rosemary Burn and I am a pianist and teacher with over 25 years experience. Since leaving Trinity College I have attended piano master classes with Kenneth Van Barthold and Roger Green, among others, as well as courses at the Kodaly Institute and the European String Teachers Association. I have given a few solo public recitals, the most notable being two piano performances (with orchestra) of the Kodaly opera 'Hary Janos', at the Festival Hall on London's South Bank.

My music education has been unusual. I started learning the piano at the age of five, and progressed quickly through the ABRSM grades until I had passed my grade 8 exam when just turned twelve. After that I went to boarding school where there was no piano (I couldn't use any of the motley array of instruments provided) so sadly my playing declined and I turned to other sources of interest.

But in my late twenties I came back to my piano studies. I started lessons with a postgraduate student who encouraged me to enrol at Trinity College of Music, London, which I attended for a two year 'special course'. I studied with Kaoru Bingham.

It was after I left Trinity that I met an incredible teacher called Francis Reneau, a graduate of the Moscow Conservatoire who now composes for his native Belizean government. He showed me how to bring my playing to life, and also how to give my pupils the tools to unlock their expressive qualities. I practised for several hours a day and made huge strides during this period, achieving a Trinity licentiate performer's diploma with distinction in 1997 and then going on to take my FTCL (Fellowship level) two years later - well not quite because disaster struck...

I noticed fingers 4&5 of my right hand starting to curl under as I played. After some investigation a neurologist informed me that I had developed a condition called focal musicians' dystonia - a brain dysfunction at the highest level, brought on by over practice, which renders the hand 'disobedient'.

I was devastated, and the condition was now so advanced that I could not play with my right hand at all. I was told to forget the piano and choose another instrument.

This advice was not for me - I spent several years experimenting with various things strapped to my hand to change the movement patterns and I can now get round the piano repertoire almost as before, wearing a specially designed splint. The experience has taught me a certain amount of humility, but also the fact that any calamity need not be all consuming. I came out of it stronger, and more able to find solutions to other people's pianistic dilemmas and shortcomings. As you will see in my 'tips on practising help page' - no problem is insurmountable. 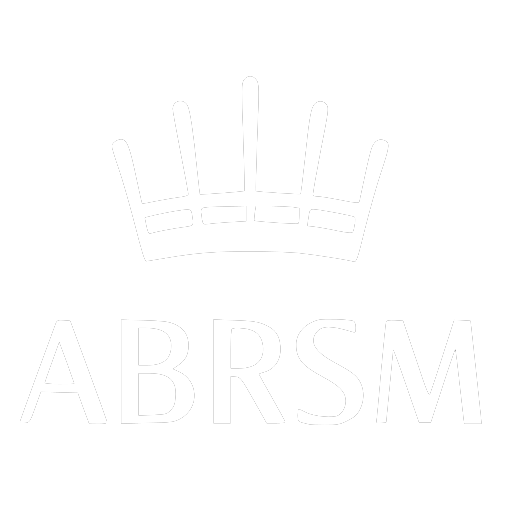 Rosemary is also available as an accompanist for ABRSM exams.

I have taught a steady flow of adult beginners (and returners to the piano) over the years. One thing they all share, which often means they learn faster in the early stages than children, is the knowledge that they want to get the most out of their lessons; they are determined to soak up every word of help I can offer.

Before you commit to lessons we can talk about what kind of repertoire and style of music interests you, and ultimately what you are aiming to achieve. My training was classical, but I am always aware that progress is much faster if you are tackling music you really want to play, and this may include jazz or even popular arrangements. If you are a returner who perhaps became bored, or found the pace of your lessons too overwhelming first time round, we can discover what approach to learning suits you best. This may include the challenge of exams and concerts or it may not - I leave it up to you.

Whatever your chosen path, as an adult with a certain amount of experience and maturity, the piano can be a valuable means to express yourself and perhaps to escape from the more mundane aspects of life.

Learning the violin can be a highly rewarding experience at any age...it's never too late to take up an instrument and have a go. The rich world of music is waiting for you, and in the case of the violin, once you have reached a certain standard you will have the choice to join ensembles and orchestras, thus enhancing your social life too!
As with children I would advise taking up the violin only if you have a sense of pitch ie. you can sing in tune. Otherwise you are likely to have difficulties finding the notes and the sound will not be rewarding.

What age should my child start learning the piano?

I'd say the optimum age for most children to start is about 7; they will be able to read, and have enough maturity to be able to benefit from and enjoy a 30 minute lesson. However, if you have a younger child of say 5 or 6, who seems highly musical and motivated it is a good idea to start them sooner.

Will my child have to take exams?

I leave that decision entirely up to you and your child. Some people thrive on the pressure of working towards an exam; they enjoy the excitement of the event, as well as the reward of a beautiful certificate and written words of encouragement. Others prefer a freer approach to their learning. I think exams are great if you need something tangible to aim for, but on the other hand without them you are at liberty to choose from a wider repertoire and more diverse complimentary studies.

How long will it take for my child's playing to sound like music?

Most children will come away from their first lesson with me able to understand the geography of the keyboard, pick out a couple of tunes, understand and be able to count simple note values, and read and play a very simple piece with mixed time values. We will also look at correct hand position - all of this in a child friendly, inventive way, with some chatting to build up a rapport and (in the case of younger children) to stop it from being too intense.

Many parents are understandably wary of putting a violin into the hands of their child. The prospect of having to listen to spine chilling sounds every day for the next few years puts them off and sadly this results in less potential violinists. But it needn't be such torture - taught correctly, a new learner can make very a presentable sound within a short time. In the very first stages they will be learning to hold the bow correctly (away from the strings, so no sound!) and getting a comfortable hold on the violin with the left hand.

Is the violin more difficult than the piano?

In the early stages I would say yes. The piano is more approachable because the notes are there ready made in front of you, whereas on the violin you need to find the right places on the strings. There is also a fair amount of essential preliminary technique to master as mentioned above. However, the violin is a melody instrument, so unlike the piano you will normally only be playing a single line of notes. The difficulty becomes greater on the piano when chords and harmonies are introduced, making the texture of the music more complex.

If you are thinking of violin lessons for your child it's pretty essential that they have a good sense of pitch - if they can sing in tune this is a good sign. Otherwise they will not be able to tell whether or not they have placed the notes correctly, probably meaning years of out of tune discomfort for both you and your child. On the other hand if your child is musical, the sound of the violin can be hauntingly beautiful and well worth the trouble.

×
Thank you! Your message was successfully sent :-)×
Opps! Some went wrong... Your message did not go through :-(×